"Let Us Entertain You!" 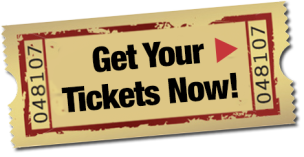 You can now buy your show tickets ONLINE! Click here to be taken to our ticketing page.

The Armstrong Community Theater, founded in 2002, is a community theater organization dedicated to providing a positive outlet for cultural and artistic expression to all of those who wish to entertain.

The Armstrong Community Theater is a non-profit theater organization which was founded in 2002 by a group of local citizens who wanted a live theater program in their community.  For years, the theater met and had rehearsals at the St. Paul's Espicopal Church in Downtown Kittanning.  In the summer of 2009, the theater moved to the Worthington Civic Center (the old Worthington High School).  The theater's workshop and rehearsal space is located in the basement of the Worthington Community Library in Building B of the complex.

The theater is goverened by a Board of Directors.  Currently, there are 10 board members.  They are:  President, Vice President, Recording Secretary, Corresponding Secretary, and Treasurer.  The other five positions on the board are members in an elect position for the previously mentioned positions.  The theater also has a membership which is vital in the success of the theater.  Members offer suggestions on upcoming shows, assist with productions, serve on committees, and vote for board members.  All board members must also be a member of the theater.  Membership fees are $10.00 per year.  The theater also has Junior Members for those under the age of 18.  Junior dues are $5.00 per year.  Junior members can assist with productions, make suggestions for upcoming shows, and serve on committees.  Junior members cannot be elected onto the board.  For more information on membership with the theater, contact the theater.

The theater performs 5 high quality shows per year.  They are:  A Variety Show in February; A Dinner Theater Show in April/May;  A Children's Theater Production in June; A Summer Musical Production in July; and a Play/Comedy in November.  The Variety Show, Dinner Theater and the Fall Comedy are performed at the Worthington Civic Center.  The Children's Theater and Summer Musical Production are usally at a local school or at the Casino Theater in Vandergrift, PA.  Locations for all productions are subject to change.

Your form message has been successfully sent.

You have entered the following data:

Basement of Building B